﻿﻿ When the guitar is introduced, what about finger pain? - Bass/Guitar-Weifang Redforest musical instrument Co., Ltd

When the guitar is introduced, what about finger pain?

3. When the guitar is introduced, what about finger pain?
Answer: This is the process that must be experienced in learning guitar. Generally speaking, sticking to practice for more than ten days (different people may not have the same time) there will be hard skin at the fingertips (call cocoon can also be, say cocoon is a little exaggerated). Then it won’t hurt. It should be noted that if you do not practice for a long time, the hard skin will gradually fall off, and then practice again to bear hardships.
Fourth, novice guitar entry, left hand, right hand corresponding to which products or strings?
Answer: This does not have a certain correspondence, but can only say a general rule. Novice usually practices the first three items of guitar. The left hand is basically the first item according to the index finger, the second item in the middle finger and the third item in the ring finger. Play 456 strings on the right thumb, 3 strings on the index finger, 2 strings on the middle finger and 1 string on the ring finger. Again, this is a general rule, or to see the music in detail.
Fifth, what are the main points of left-hand strings?
Answer: The left hand of the guitar should press hard, not just on it. Left hand movement essentials: wrist should be slightly outward. In principle, the thumb should be in the middle of the neck of the piano. The direction of the thumb should not be parallel to the fingerboard, and should be between the index finger and the middle finger. But the neck of the ballad is narrow, so the thumb’s fingering is not unchanged. Sometimes the thumb can also press the strings. Whatever finger position is used, it should be helpful to change the handle. There are many combinations of index finger, middle finger, ring finger and pinky finger, but there are some rules that must be adhered to:
(1) Each finger should be stringed with its fingertip.
(2) Each finger should press the chord as perpendicular as possible to the angle of the finger pull.
(3) String position should be as close as possible to grade (lower 1/3-1/4).
(4) Each finger joint should be curved, not rigid or inward curved into folded fingers.
6. What if the finger is off the string or if it rubs against the string, there will be a sound?
Answer: This is normal. When a novice guitarist enters the stage, there will be some adhesion between his fingers and strings. There will be some friction between his fingers and strings, especially the thick strings. The movements of his fingers will be gentle, which can alleviate some sounds. It is difficult to avoid them all. 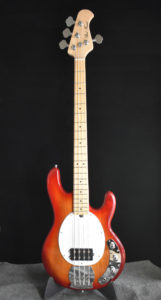 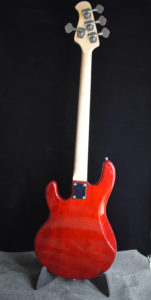 The previous article:Problems in Learning Guitar The Next article:Bass’s Performing Skills